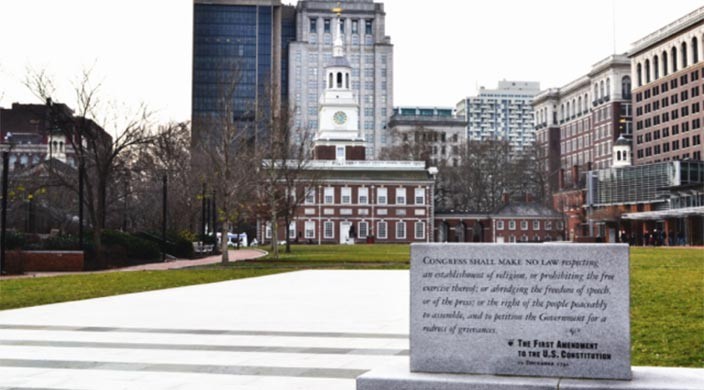 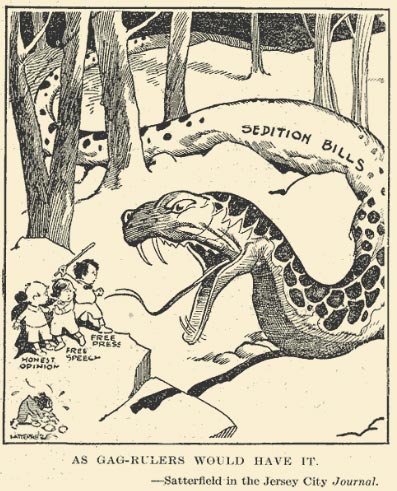 What is free speech? Is it the right to say anything at all, at any time, in any location? The Supreme Court has struggled with this question throughout United States history. At times, our beloved Constitution can be pretty ambiguous.

The First Amendment reads: “Congress shall make no law respecting an establishment of religion, or prohibiting the free exercise thereof; or abridging the freedom of speech….” The passage does seem to convey absolute freedom of speech for each and every citizen of the United States to say anything at all, at any time, in any location.

In one of the Founding Fathers’ fiercest debates, deliberations surrounding the definition of free speech arose in 1798 and pit James Madison and Thomas Jefferson against Alexander Hamilton and then President John Adams. The dispute was born out of the Alien and Sedition Acts passed in response to America’s naval “quasi-war” with Revolutionary France. The clash dealt with the legality of seditious libel – speech that promotes insurrection against the established order of the government, state and society. Madison and Jefferson declared that the First Amendment’s freedom of speech was absolute and that no act should be passed that infringed upon that right. Adams and Hamilton however envisioned a narrower definition of free speech, one based on English common law that declared free speech an absolute unless it brought into hatred and contempt the government, the constitution, or the parliament.

While Madison and Jefferson would go on to have the Alien and Sedition Acts repealed, the narrower definition of free speech proposed by Adams and Hamilton has become today’s reality resulting from a number of Supreme Court decisions. Today, certain rights are explicitly covered by freedom of speech while others are explicitly not covered by freedom of speech. As with other vague statements made in the Constitution, it has been determined that whatever is not explicitly outlined by Supreme Court decisions remains under the umbrella of free speech. So, what are some of the decisions the Supreme Court has made over the past two centuries?

Freedom of speech includes the right:

Freedom of speech does not include the right: