“We have the highest water cost in the country, and we can’t drink our water. Wanting clean water should not make me an activist.” 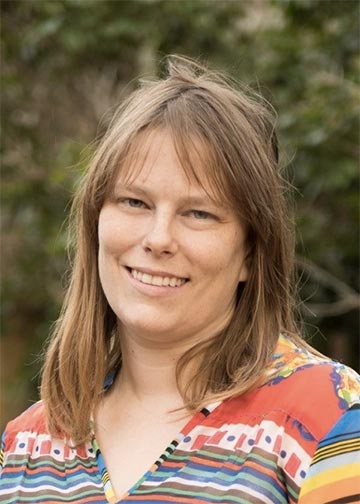 Kate Levy says statements like this one echoed into her camera while making “Here’s to Flint,” an Official Selection winner at the 2016 Free Speech Film Festival.

Joined by an investigative journalist from the American Civil Liberties Union, the duo set out to document events as they unfolded. After producing five short documentaries and having their content utilized by government officials, journalists, and NGOs, the team decided to produce a longer film documenting the complicated role that emergency management played in the crisis.

“No other states have experienced emergency management the way Michigan has,” says Levy, “so our goal was to layout a timeline of events that could be used by people who were investigating problems associated with that concept.”

Levy says the history of emergency management in Flint began long before the water crisis. The city had been riddled with financial troubles, and emergency managers were brought in to solve those problems. But she points out that Flint residents themselves were not the root cause of their struggle. Instead it was the result of federal policies that disinvested from their city, a majority black one, on the basis of false pretenses.

“The financial issues were largely the result of credit rating agencies giving neighborhoods a low score based on the false perception of that area’s safety,” she says.

Levy says the situation was actually worsened by emergency managers, each of whom had a mandate to save the city money even if that meant slashing funding for crucial public works projects.

So in the interest of saving money, Flint residents watched their water turn brown. 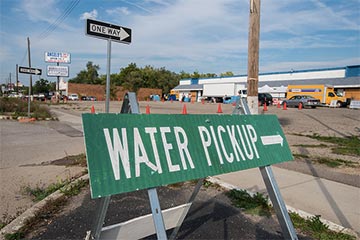 When Flint residents began to notice an issue with their water, the process of figuring out what was wrong occurred at a snail’s pace.

“There were a lot of cover-ups,” Levy says, including emergency managers firing workers at the water plants, and hand-selecting who came in to do water testing. She points out that an emergency manager’s mandate was to save money, so the water situation took a backseat to more pressing financial concerns.

Complicating matters worse was the fact that stigmas surrounding Flint’s population made observers believe this was just another case of an inner city community looking for a hand-out.

“If there’s an emergency manager in place in a city, people assume it’s because the locals can’t govern themselves,” Levy says, “so the scientists that came in to test the water deferred to the authority of the emergency manager, and wrote off the local population.”

As local outrage swelled and the story became national, Levy too admits she was baffled at the incompetence of officials to address the situation.

“I don’t know why so many officials kept quiet,” Levy says, “other than fearing for their jobs.”

“Emergency managers ignored it because their mandate was to oversee financial concerns, and they were answering to a governor who had appointed them. It was more important to keep up with payments to preserve the state of Michigan’s credit rating. That’s what their job was, not to oversee public works projects.”

Flint, Michigan is a known to be a city of resilience and activism; Levy says people were fighting for better living even before the financial and water crises hit. She says the silver lining in the crises was the fact that they brought residents of different races, ethnicities, and backgrounds together.

“Coalitions were diverse,” she says, “but something tells me that if the situation had occurred in an affluent city, things would’ve been handled differently.”

Levy is concerned that similar situations are manifesting themselves in other cities, all in the interest of austerity. But in addition to watching people come together and fight back, Levy is proud to be part of what she calls media activism.