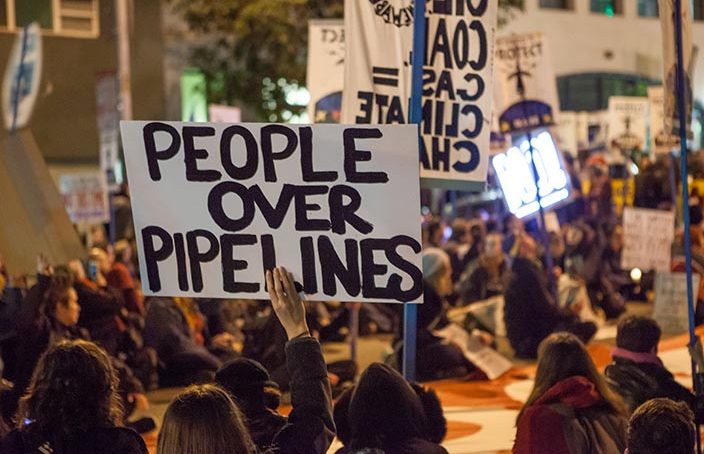 The communities of the Standing Rock Indian Reservation made national headlines last year when they sparked a massive protest against the construction of the Dakota Access Pipeline. And where they waged one battle, they are poised to wage another. The communities recently announced a plan to make their reservation 100 percent reliant on renewable energy. 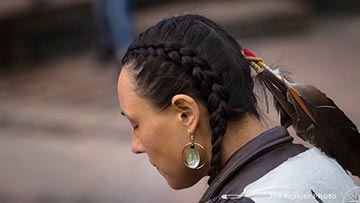 45th chairman of the Standing Rock Sioux Tribe, Dave Archambault II, made the official announcement on June 16th that his community had been awarded the Henry Wallace Award, and a $1 million investment in renewable energy projects.

“If tribal nations can say we are 100 percent powered by renewable energy, that builds awareness for other communities and then maybe the nation,” he told Democracy Now!’s Amy Goodman, who in 2016 was charged with Criminal Trespassing after recording the bloody mouths of Dakota Access guard dogs sent to quell protestors.

“Native nations have been the dumping grounds of the energy industry for a long time,” said Nick Tilsen of the Thunder Valley Community Development Corporation during the same interview. “It just so happens to be that native communities also have the potential to be the Saudi Arabia of renewable energy.”

Protestors remain stationed at various points across the four-state pipeline, but their efforts to halt construction were ultimately rendered ineffective by developers and federal bureaucracy.  The Dakota Access Pipeline was completed in April and went into commercial operation on June 1, 2017.  The communal investment in renewable energy intends to be a direct confrontation to the Dakota Access Pipeline, and others like it.

“These pipelines are pipelines to the past,” says Nick Tilsen, “and we believe that we should be building sustainable infrastructure for the future.”