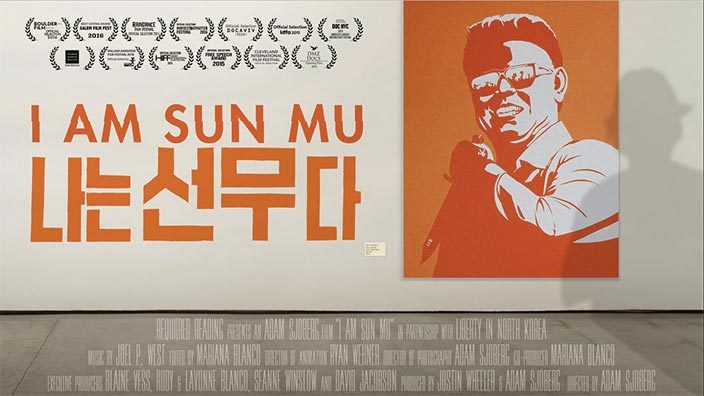 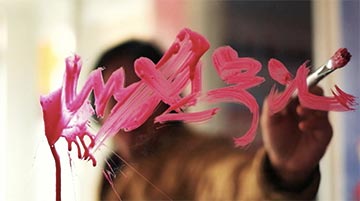 Very few know the real Sun Mu. His face is concealed throughout the film.

The simplicity of this gallery hides the fact that it’s everything but typical. The door mat says it all:  blood red streaks intertwine forming Korean characters on a virgin white canvas, spelling out the names Kim Il-Sung, Kim Jong-il, and Kim Jong-un. As spectators stream in, they desecrate the mat with the grime of the bustling Beijing streets outside. Most visitors could care less. A select few are repulsed. Fearing for their lives, they demand the exhibition be shut down. Crowds gather outside, emergency vehicles arrive with sirens blaring, and police try to control the situation. In a fit of gleeful anxiety, Adam Sjöberg turns on his video camera.

Sun Mu made international headlines when he became the first North Korean defector artist to hold an exhibition in China.  The story of his escape, his life as an artist in exile, and his preparation for the Beijing exhibition are the subject of Adam Sjöberg’s film ‘I Am Sun Mu,’ an Official Selection at American INSIGHT’s 2015 Free Speech Film Festival.

Having premiered at the DMZ International Documentary Film Festival, which takes place on the Demilitarized Zone between the Koreas, the gripping documentary offers a sensational high to political junkies and art aficionados alike.

Sjöberg, previously known for his collaboration with rapper “Nas” on the film Shake The Dust, says what drew him to make the film was the conviction Sun Mu displayed when the two first connected over Soju at a dinner party arranged by the non-profit Liberty in North Korea. 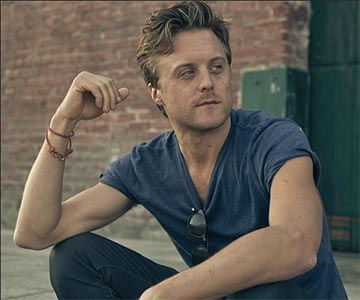 Adam Sjöberg, producer of ‘I Am Sun Mu’

“When someone is convicted about something, they become courageous in that conviction. Everything Sun Mu does is to further the message he’s trying to portray to the rest of the world. I was moved by that.”

Sjöberg says this was not the first time the “artist without a face” had been approached about a film. He had said no to several other major media outlets.

The artist, whose face is concealed throughout the film, feels a deep obligation to protect himself and his family, many of whom still live under the curtain of his old country. But he agreed, Sjöberg says, when he learned that he would be the main driver of the story.

“We couldn’t show his face once. We had to go frame-by-frame to make sure if North Korean authorities examined the film, they wouldn’t ever find his face.  And we had to dignify him and humanize him while showing him this way. A lot of filmmakers wouldn’t make a film under those conditions.”

But if there ever were a man whose dignity emanated without a face, it’s Sun Mu. The artist’s deep conviction connects with the viewer throughout the film as he incessantly smokes while painting barefoot in a black bowler hat, sublimely recounting the events of his life in the world’s most disconnected society.

The social realism of Sun Mu’s art is no coincidence. The artist honed his drawing skills as a teenager locked behind his bedroom door where he practiced sketching portraits of the Supreme Leader, burning them immediately afterwards. When he was enlisted in the army, he made a name for himself by transitioning into a role as the army’s propaganda artist.

But Sjöberg says Sun Mu’s art is about more than counter-propaganda. 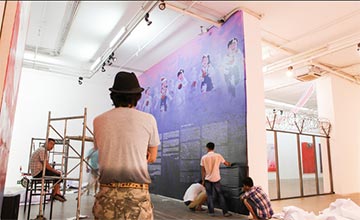 Sun Mu, in his classic black bowler hat, critiques the construction of his exhibition, an event that will spark an international crisis.

“It’s a theme of his that speaks to me the most. Anytime he has North and South Korean children together in a portrait, it naturally strips away so much of the complications that enter when talking about the issue. Nobody can argue with the humanity of two children playing together.”

Still, the irony in Sun Mu’s art is too blatant to be ignored – Sun Mu never intended to leave North Korea at all.

“I didn’t have any intention of running away. I thought it was a great country,” he says in the film. “I was just hungry.”

In a remarkable cinematic that brings Sun Mu’s art to life, the artist recounts his escape across the border. He says the first thing he noticed when he got to China were the bright artificial lights that lined the countryside.

“The best part about living in North Korea was looking up and seeing the stars like white streaks on a black canvas,” he says in the film.

Sjöberg says by the time of Sun Mu’s exhibition at the 2014 Yuan Art Museum, “there was no one in the Chinese art world who didn’t know about this event.”

The morning of, Sun Mu and Sjöberg’s worst fears became a reality – North Korean embassy staffers arrived insistent on the event’s being shut down by Chinese authorities. 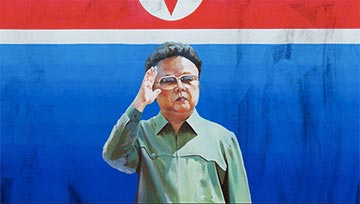 Not all of Sun Mu’s art is counter-propaganda, and paintings like this one that dignify the Supreme Leader have been censored in South Korea

Sjöberg says despite the threat to Sun Mu and the film crew, the decision was made to go on with the show because, “even in China, being an artist may be the only way you can feel a little freedom.”

In reflecting on his making of the film, Sjöberg finds that his definition of Freedom of Speech changed drastically.

“For me, it’s being able to say whatever I want. To Sun Mu, it’s as simple as being able to hang a painting without the fear of being stabbed in the back.”

Sun Mu continues to make international headlines with his art, but he may never be completely satisfied.

Sjöberg’s ‘I Am Sun Mu’ may be as close as the artist ever gets.