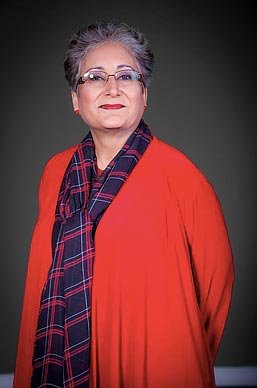 Raheel Raza – President of The Council for Muslims Facing Tomorrow, author of Their Jihad, Not My Jihad, and member of Honor Diaries

The life of a Muslim woman’s rights activist is a journey reserved for the brave. Support is hard to come by, and pushback can be explosive.

“It can be very lonely,” says Raheel Raza, President of The Council for Muslims Facing Tomorrow and author of Their Jihad, Not My Jihad. “And that’s precisely why this film was made. Nine of us got together, sat in a circle, and just talked about it.”

When Raza’s not leading the fight against Islamic extremism, she travels across the globe screening what can only be described as Islam’s most progressive film, ‘Honor Diaries.’

‘Honor Diaries’ investigates violence against women in Muslim-majority societies by exposing the hidden prevalence of honor killings and female genital mutilation.  The story is driven by a roundtable discussion of nine of Islam’s most notable women’s rights activists, Raza among them. The film won the 2015 Free Speech Award at American INIGHT’s Free Speech Film Festival

Raza says ‘Honor Diaries’ was born out of the research conducted by producer Paula Kewskin during her time as a Humanitarian Law student at the University of North Carolina. 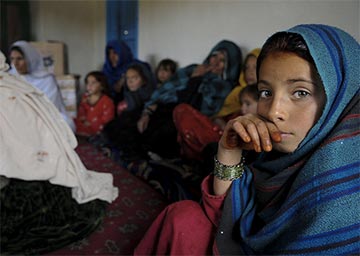 In studying the Arab Spring, Kweskin discovered a disturbing trend buried deep beneath the enthusiasm. As the region transformed, the situation for women was getting worse. Honor violence was a major human rights issue crying out for help from the outside world.

Raza describes the honor code as the patriarchal pressure bestowed upon women to uphold the pride and respect of their families.

“It’s a tribal practice,” she says, “that existed pre-Islam and spilled over into modern Arab societies. In the tribal world, there are no individual rights, and everything is done to benefit the community.”

She says in tribal communities women were viewed as commodities and used to settle scores. As bartering chips they had a tremendous responsibility to retain respect, without which they were considered worthless. Being unfaithful or otherwise disloyal, even in the case of rape, meant forfeiting the respect of the family.

She says the responsibility was such that when a woman messed up, “blood had to be spilled.”

The United Nations estimates that 5,000 women are killed in the name of honor each year citing Pakistan, Raza’s birth country, as one of the world’s worst offenders. In 2015 the independent Human Rights Commission of Pakistan reported that nearly 1,100 female deaths resulted from honor killings; in other words, 3 per day. This was up from 1,000 killings in 2014. But perhaps the most disturbing fact is the organization believes both numbers to be severe underestimates. Most honor killings go unreported.

The West is not immune. The US Department of Justice estimates 27 honor killings each year in the United States, and in the United Kingdom the severity prompted Parliament to establish the National Day of Memory for Victims of Honour Killings held every July 14th.

Still, in the West the honor code is largely misunderstood, even unheard of.

Most observers place the blame on Islam. And while Raza accepts this, she asserts it’s not the whole story.

“Islam only amplifies the problem,” Raza says, “especially in societies governed by Sharia Law. If a man kills a woman to protect his honor, the justification is legitimized when it’s shrouded in Islam.”

Raza describes Sharia Law as a set of 9th century codes transcribed when tribal living was still the norm. “Obviously these laws are not compatible with 21st century human rights.” 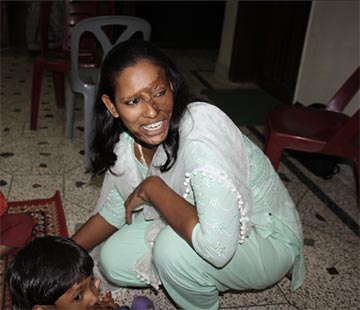 This Bangladeshi mother was the victim of an honor-based acid attack.

Though the situation remains grim, Raza is convinced the world is moving in the right direction. She says a full-scale eradication of honor violence relies on developments in two areas: grassroots activism and the legal system.

“We’re seeing the beginnings of justice all over the Arab world. In Egypt the first man was prosecuted for female genital mutilation, and the hospital in which it took place was shut down. Human rights groups have been lobbying in Pakistan for years and are starting to gain support. But it’s important to remember we’re banging our heads against a wall that has existed for hundreds of years.”

Since this interview was conducted, Pakistan has passed a law outlawing honor violence and expanding the sentences of rapists and honor-killers.

Raza says honor violence is not an Islamic issue but a human rights one, and Westerners shouldn’t fear being called Islamophobic when they want to speak out.

“No matter what you say or how you say it, you will be called an Islamophobe. But is it more important to care about a label or to speak out and save someone’s life?”

Raza has spent her entire life questioning the status quo she observed as a young girl in Pakistan. She calls Islam her spiritual journey and human rights her passion. And though her children fear for her life, she has never had a moment of doubt about about what she does.

“We must view Islam through human rights – not the other way around.”

And that’s where ‘Honor Diaries’ succeeds, in showing the West, and the world, that honor violence is compatible with no society, regardless of the justification.