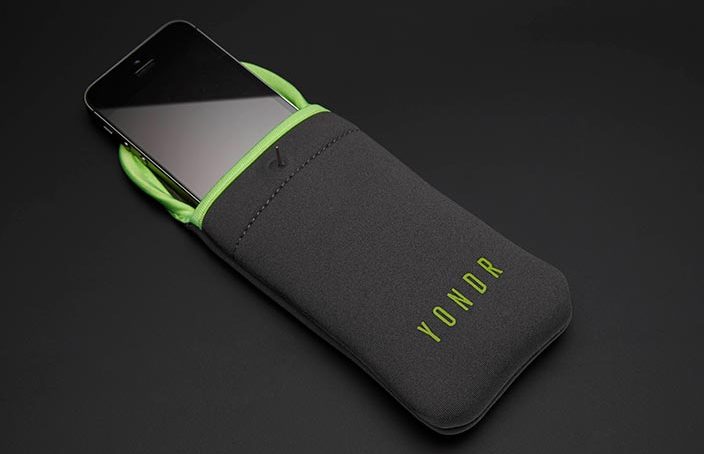 Yondr phone cases sprung up two years ago in California’s San Francisco tech valley in response to what many consider the greatest downfall of the Digital Age: smartphone addiction. 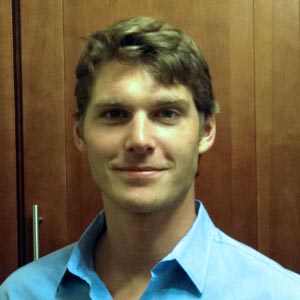 Yondr founder Graham Dugoni has been featured on CBS This Morning, The Guardian, NPR, and TIME among others.

According to the company website, Yondr “creates phone-free spaces for artists, educators, organizations and individuals… [to] provide a haven to engage with what you’re doing and who you’re doing it with. In physical space and real time.”

The patented technology behind the movement is breathtakingly simple, and similar to what you might encounter with a security tag on a pair of jeans at the mall. Upon entering a phone-free area, grab a Yondr padded case and slide your phone into it. Lock the case by fastening the top, and upon doing so relinquish your ability to interact with your phone at all.  When you leave the phone-free area, unlock your phone by tapping the top of the case to an unlock station. Leave the case behind and take your phone with you when you leave the area.

The concept, daring and simple, is not going away anytime soon. Already Yondr has struck partnerships with comedian Dave Chappelle, artist Donald Glover (Childish Gambino), the 1st Judicial District of Pennsylvania, and schools in four US states, and been featured by a host of nationally renowned television, radio, and digital media stations.  Still based in California, the company has plans to expand its operations also to New York and London.

Yondr phone cases might not solve smartphone addiction once-and-for-all, but they do provide a glimmer of hope. By establishing phone-free spaces where people are forced to live and operate in the moment, with no regard for what might be going on elsewhere in the world, Yondr phone cases offer a step in the right direction.

How Dave Chappelle Is Creating a “No-Phone Zone” for His Chicago Shows (Exclusive), Hollywood Reporter

This Startup Wants to Neutralize Your Phone—and Un-change the World, Wired