The Knight First Amendment Institute at Columbia University has filed a federal lawsuit contending that President Trump violates the First Amendment when he blocks Twitter users who criticize his policies. 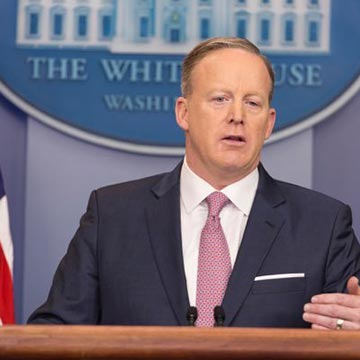 Because the President frequently uses Twitter to make policy statements, as confirmed by former Press Secretary Sean Spicer that the President’s tweets amount to official policy, the lawsuit says his account must be viewed as a public forum under the First Amendment.

The government cannot restrict a public forum, nor can the government exclude an individual from participating based on their views.

Rebecca Buckwalter, a Washington-based journalist and political consultant, was blocked after replying to a Trump tweet stating “To be fair you didn’t win the WH: Russia won it for you.” Philip Cohen, a sociology professor at the University of Maryland, was blocked after tweeting that Trump is a “Corrupt Incompetent Authoritarian.” Holly Figueroa, a national political organizer and songwriter, was blocked after posting an image of people looking unimpressed at Trump, along with a statement saying, “This is pretty much how the world sees you.”

The White House defendants in the case filed their opening brief in October, arguing the President’s Twitter account is a personal account and not official policy, seeming to contradict statements made by former Press Secretary Spicer.

No further significant developments have yet been made in the case.