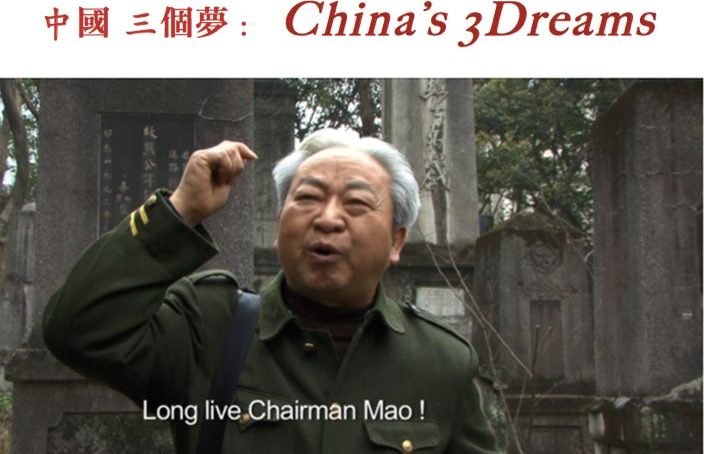 In the West, China is largely understood as a political body and revered as an international powerhouse. On a more cultural level, it is known for its billion+ population, its exotic cuisine, its shady Communist party, and its economic might.

At the same time, the China of the Chinese remains as mysterious a land as it was centuries ago, back when its borders had yet to be pried open for the rest of the world to exploit. There are very few in the West who understand the complexities of a rising China still coming to terms with its difficult history, and as Australian filmmaker Nick Torrens would find out, many in China are as illiterate as those in the West. 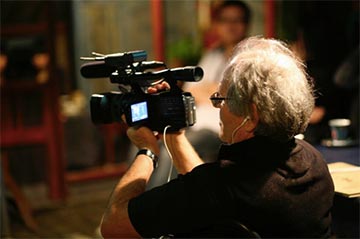 Australian filmmaker Nick Torrens during the filming of “China’s 3Dreams.”

The disconnect between the China of the West, the China of the Chinese, and China’s true history is what drove Nick Torrens to produce China’s 3Dreams, a documentary-style film that follows one woman’s quest for a meaningful existence in a reality that to her has always felt false. In her travels, “Lei” is forced to come to terms with the fact that the history her generation has been taught is one that has been heavily doctored for political purposes. Only through discussions with family elders, former Red Guards, and former Kuomintang rebels does Lei begin to uncover the truth behind China’s forbidding past.

A devout student of Chinese history and culture, Torrens was alarmed by the fact that the only China Westerns knew was one that had been caricatured by Western entertainment and simplified by Western media. Torrens says he felt an obligation to show China through the eyes of today’s Chinese without the intervention of Western perspectives that too often stand between the audience and the films’ subjects.

Torrens says that in a society where truth is scarce even amongst neighbors, it took him many years to gain the trust of the film’s protagonist. By agreeing to have her quest filmed, Lei agreed to open up China’s wounds not only to her peers but also to those in the West.  This she did in the hopes that China’s true past and present difficulties might be felt by those around the world.

Torrens and Lei together discovered that today’s young Chinese are well-educated in the 1949 birth of Communist China as well as the country’s 1978 market (some say Capitalist) opening, but that the years between those two events have been brushed aside in school, in the media, and even by their own elders. Downplayed are some of 20th century China’s biggest turning points: the Cultural Revolution, the Great Leap Forward, and the Long March, all events that are directly linked to China’s present cultural, economic, and political atmospheres.

China’s media and educational system, both puppets of the Chinese Communist Party, have good reason to downplay the events of those chaotic years. But do what reason do China’s elders have? Torrens explains that those who lived through that period were either victims or perpetrators. Both traumatized though for different reasons, neither side wishes to relive the difficulties of the Mao Zedong era. What this has bred is a new lost generation, one that does not know who it is, where it came from, or where it is headed.

There is a Chinese proverb that reads “History is a mirror,” suggesting that one can accurately understand himself only if he confronts his past. Without an accurate understanding of their past, Torrens contends that today’s Chinese youth are, “guided by three dreams: the Dream of the present – to make China rich and powerful, the Dream of the Future – to find a better life, and the Almost-Impossible Dream of the Past – the dream of meaningful existence.”