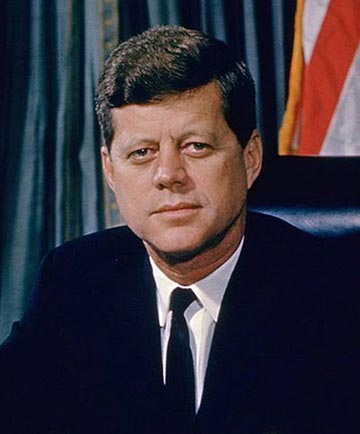 John F. Kennedy was the 35th President of the United States, a staunch civil rights advocate whose rise through the Democratic Party was marked by an esteemed persona in the age of “Digital Presidencies.” A young, handsome, white, wealthy, privately educated global icon, his lifestyle did not stop him from connecting with the average American on a neighborly level.

JFK’s presidency lasted only two short years, but his tenure involved a sequence of history-altering events including the Cuban Missile Crisis, the Bay of Pigs Invasion, the Nuclear Test Ban Treaty, the founding of the Peace Corps, the construction of the Berlin Wall, the Trade Expansion Act, and the heated American Civil Rights Movement.

JFK’s longstanding 70% approval rating is the highest of any President in history according to Gallup.