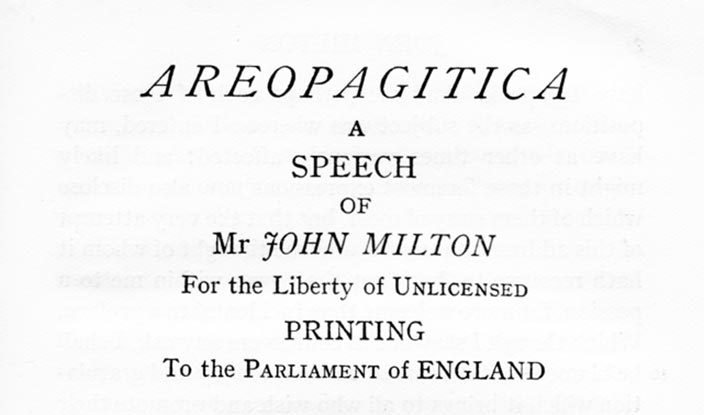 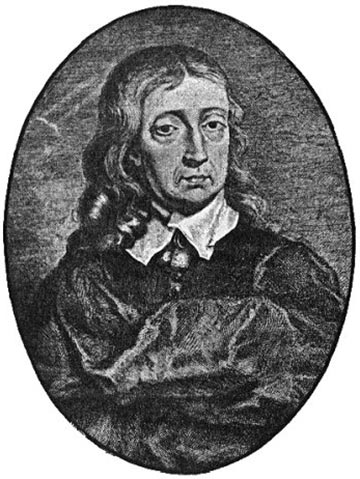 In the long and delicate history of Free Speech, John Milton is a name very few have heard of. It’s an English name, a common name bestowed upon a not so common man.

Born in 1608 to an England engulfed by political and religious upheaval, John Milton was a poet, polemicist, and scholar whose deep beliefs in Freedom and Self-Determination led him to produce some of his time’s most brilliant literary works. Milton began writing poems at an early age and by the time he had completed his B.A. and M.A. at Oxford University, he was fluent in Latin, Greek, Hebrew, French, Spanish, and Italian. Milton would go on to indulge in six years of private study before heading out on an exploration of the artistic and literary traditions of France and Italy. He would return to England in late 1639 where the air of civil war was taking grip. A supporter of the parliamentary side of the conflict, Milton would spend the civil war years penning numerous treatises that argued for legalizing divorce, reforming education, and uniting the English nation. For these treatises, Milton earned the recognition and respect of prominent government and religious individuals. He would spend the later years of his life a civil servant for the Commonwealth of England under Oliver Cromwell.

Milton is perhaps most well-known in intellectual circles for his epic biblical poem Paradise Lost. This blank verse poem consists of over ten thousands lines of verse and was written over a span of at least ten years. Paradise Lost tells the story of Adam and Eve and the fallen angel Satan, a story that leads to the formers’ expulsion from the Garden of Eden and a world in which men perpetually sin. In Book I of the epic, Milton states that his intention was to “justify the ways of God to men.”

Ironic, then, that Milton should be equally as well known for a book that stands contradictory to most orthodox views of Christianity. Milton’s Areopagitica published in 1644 stands as one of history’s most impassioned philosophical defenses of Freedom of Speech, Freedom of Expression, and Freedom of the Press.

Areopagitica was crafted at the peak of the English Civil War in response to the government’s Licensing Order of 1643, a law that stated authors must have a government-approved license to have their work published. The law had brought personal strife to Milton in his efforts to publish a treatise defending the legality of divorce. 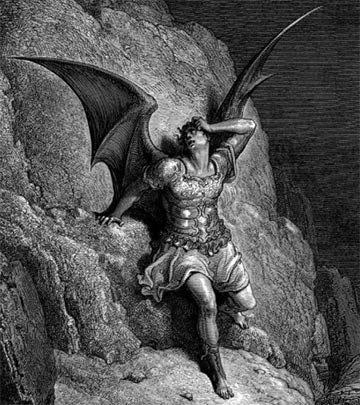 Milton’s main argument in Areopagitica is based heavily on classical notions of Freedom, those put forth in Ancient Greece and Rome. He argues that if a text is to be rejected, it must first be meticulously examined before being refuted with good reason based in fact. Milton also argues that books can never truly be extinguished because those who are determined to become educated will always find a way to do so. He also argues that if certain books were to be extinguished, the ideas within them could never be destroyed because once an idea has been created in a mind, it can always be spread by word of mouth. Finally, he argues that to extinguish certain books takes a tremendous amount of time and that the possibility of extinguishing the wrong books is extremely high. To do so would grind societal progress to a halt.

Freedom of the Press was not achieved in England until 1695, decades after John Milton’s death. However during his lifetime, Milton did see his Areopagitica met with high praise.

Areopagitica was one of the first literary works in modern history to argue for a complete, uninhibited Freedom of the Press. Today the work stands as one of the most brilliantly crafted defenses of Freedom of Speech and Freedom of Expression in history, and it is considered one of the pivotal building blocks that led to a Western world in which Free Speech is all but an absolute.