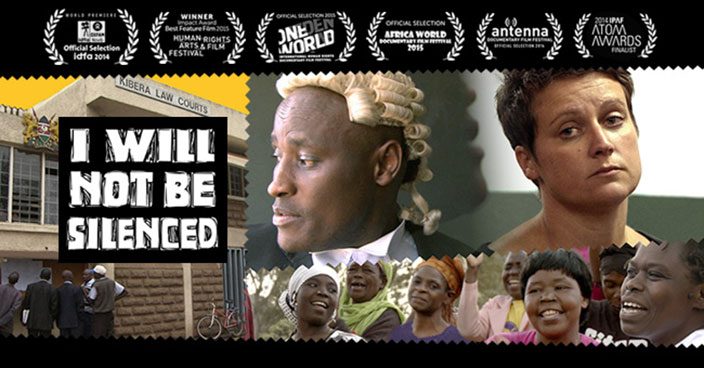 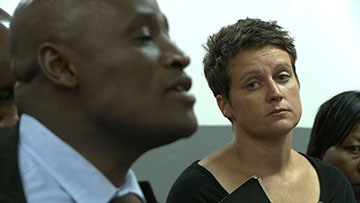 Charlotte Campbell casts a grim look at Mr. Ondeiki, the attorney for the accused in her rape case.

“You call yourself a Christian,” she sneered as she lay exposed, his silver cross skimming her face with each thrust. In confidence she reached out and grabbed the charm, holding it steady as her thoughts cast into overdrive – her mind was already on justice.

This was not the last time Charlotte Campbell would look into the eyes of her rapist, but it was the last time she would do so as a victim.

I Will Not Be Silenced is the extraordinary tale of one woman’s 7-year legal battle for justice in the Kenyan slum of Kibera. Having entered the country to work with abandoned youth, Campbell would forever transform the small Nairobi community of which she had become a vital part.

Through Charlotte Campbell, Kenyan women found a voice, their courts found integrity, and humanity found conviction. In the words of producer Judy Rymer, “Charlotte wanted to prove that an ordinary Kenyan woman could obtain justice in court – and she did.”