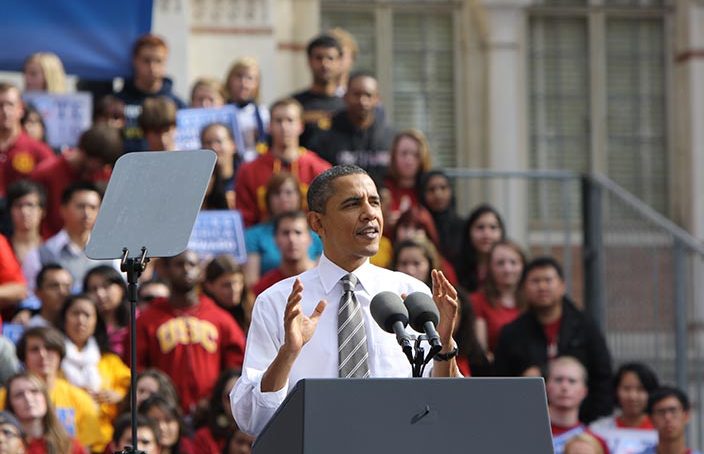 Reports have surfaced claiming the former President is due to cash in on a $400,000 check for a private speaking engagement at a conference run by Cantor Fitzgerald LP. To put the fee in perspective, Fox Business recently reported that the average speaker fee of Hillary Clinton is $200,000, making Obama’s at least double that mark.

Obama will be the keynote speaker at the one-day luncheon where he will speak on the state of healthcare in the United States.

The move from Obama is not unusual of former Presidents. In fact some, like Bill Clinton, have reportedly grossed over $1 million in speaking engagements since leaving office.

Observers on both sides of the spectrum have taken to social media to point out the irony in this situation – President Obama, often seen criticizing Wall Street executives who profited after the 2008 financial scam while average Americans struggled, is set to potentially profit from those same executives.