Civil Unrest: A Perspective from Appalachia

Barr lives on the side of a mountain, inside the natural world, and meditates on the state of the country, Portland protests, fascism, & healthcare.

We all feel, I think, like we are falling off a cliff in America. Where my husband and I live, there is a cut bank, carved out of the mountain, to make a small plateau. In 1988 the early owner built a summer cabin on the halfmoon of land, with just 15 feet between the back of the cabin, which has no windows, and is built of concrete block, paneled with wood, and this very steep bank. I love this cut bank, which drizzles like a fountain after rain, because I feel protected, living halfway up, with a southern exposure. We get sun inside this cleared space, and sometimes wildly plummeting rain, hail the size of peas, or hail the size of ice cubes.

I have no authority, really, to comment on what has been happening over the last 56 days in Portland, with ongoing protests, and now intervention by thugs, a privatized military occupation organized by Trump. It reminds me of a story about the massacre of the Mamluks, in the streets near Al Azhar mosque, through the gate of Bab Zuweyla and below the citadel, where they were butchered in the 19th century by Muhhamad Ali. When I spent time in Cairo, I remember the power of that story, as I walked those streets. When I watch videos of the mayor being tear gassed, however problematic some of his behavior, it shocks me because he holds office. He is an official, whether people like him or not, and there are no boundaries. No one is safe. 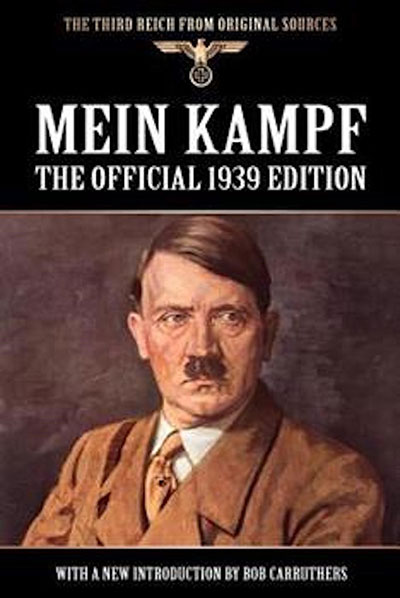 In college, the course that turned out to be most relevant was a study in the rise of Fascism between World War I and World War II. I read Hitler’s Mein Kampf, Elie Wiesel, Hannah Arendt, Alan Bullock, and came home on the weekends, full of ideas about the subject. I remember sitting with my parents and my sister around the Sunday lunch table, and they were completely disinterested. I realized then that my family would have said nothing, if their Jewish neighbors were hauled off. When I moved to Memphis to teach at a college there, I wrote jokingly to friends that I still had time, living in the South, to give my life in the fight against fascism. 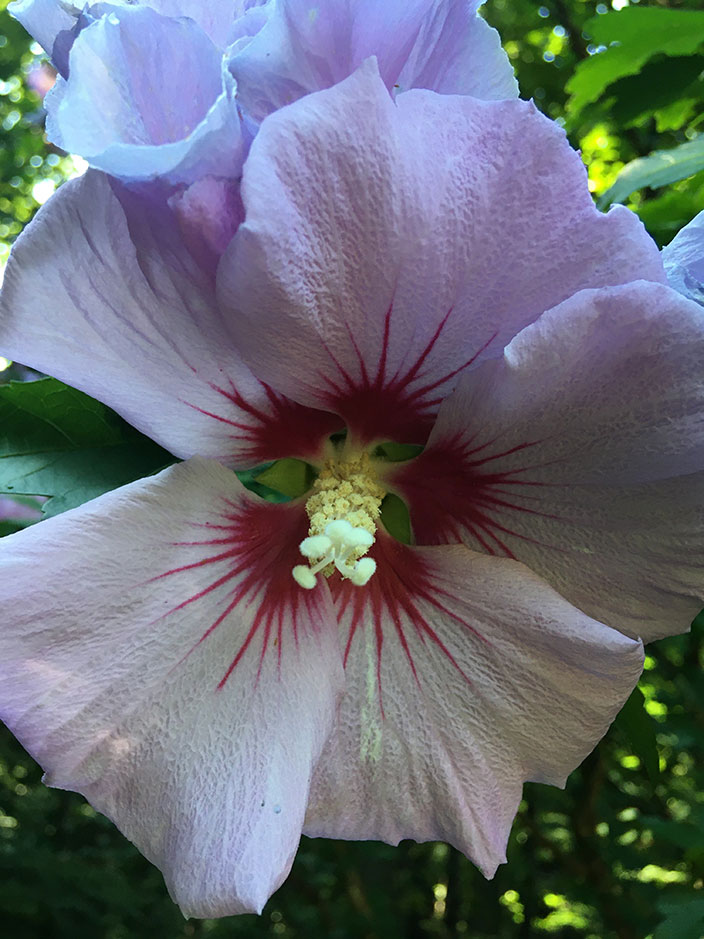 Living in the woods, I see patterns in all my flowers, in the way the cucumbers emerge from blossom, tiny caterpillars of green, then bulge the size of okra and are finally covered in their green skins and hang phallic. I see the fire shapes inside the Rose of Sharon’s blooms. I remember being in Germany, walking behind an hotel in the allotments where people had gardens, and seeing the symbol of an eagle, in a weathervane. It gave me chills because the way it was made was clearly a Nazi symbol. I was shocked, living in Memphis, to see a statue of Nathan Bedford Forrest. And downtown, towards the river, there was a block of granite, off Auction Street, commemorating where slaves were sold. And everyone knew that the cobbled area near the river, where tourists could take riverboat rides, was where the slaves were brought in. 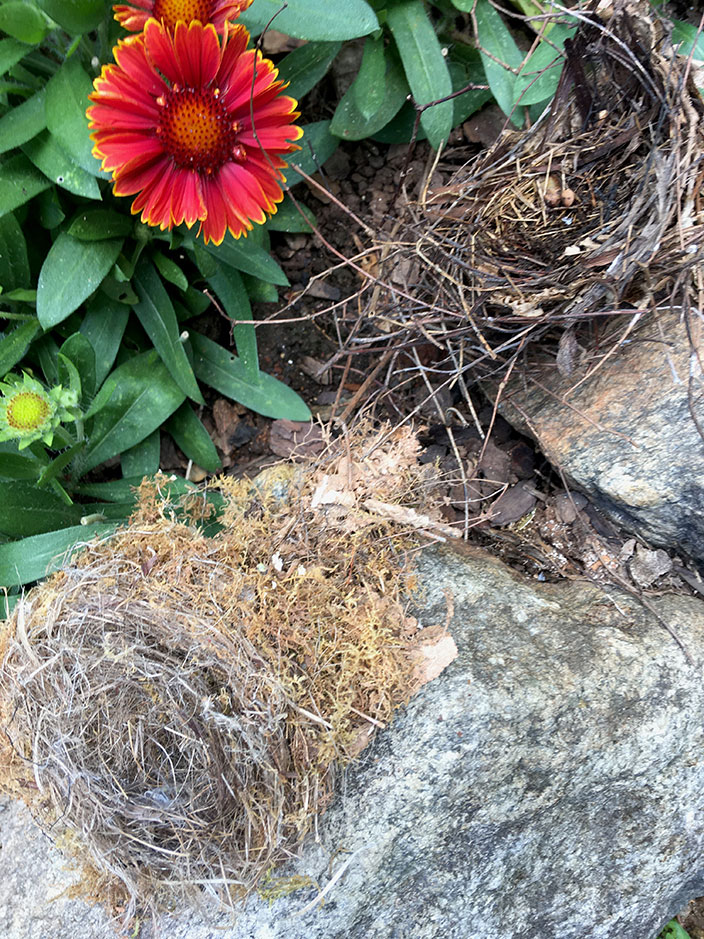 We are falling out of the illusory safety of what we used to think of as our democracy. It is being dismantled. My husband has traveled, as a jazz composer and pianist, and talked with musicians and friends in Denmark, Finland, places where there are still civil liberties and the society is built around serving its citizenry. One of his friends lives in a small town in Denmark, and when Jon had a heart attack, a helicopter was dispatched to take him to hospital. Having waited nine hours in our local emergency room for an emergency appendectomy, I find that astonishing. Let’s face it, Jon would have died in my country unless he was a very rich and connected American. Jon is just a poor musician, but he lives in a country that saved his life. I find solace in the place I live, in the land itself. I feel protected in the mountains, and by my isolation. But I am horrified by what I know is taking place outside my little nest of safety.

Tina Barr’s most recent book is Green Target, winner of the Barrow Street Press Poetry Prize and the Brockman-Campbell Award.