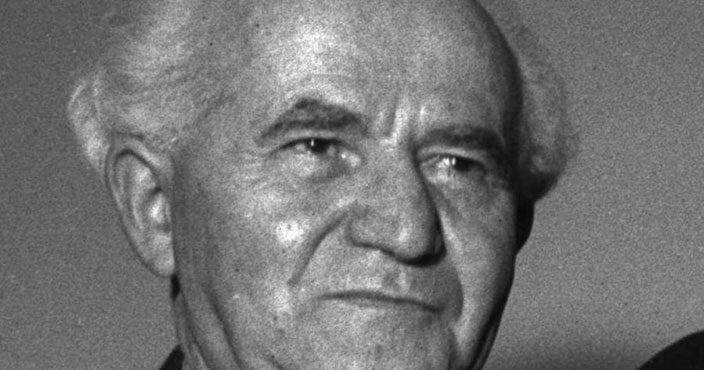 David Ben-Gurion (1886-1973), the first Prime Minister of Israel, was one of Time Magazine’s Top 100 Most Influential People of the 20th century.

Before becoming Prime Minister of Israel, Ben-Gurion united the Israeli tribes in the 1948 Arab-Israeli War. He also led the global Jewish fight for Holocaust reparations from West Germany.