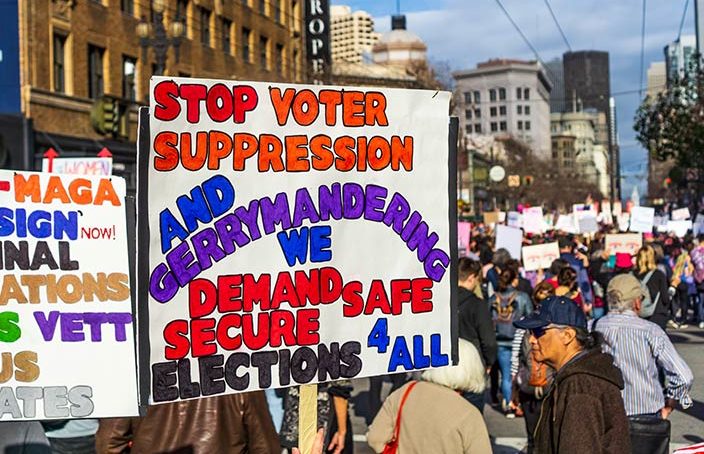 Chief Justice John G. Roberts Jr. cast one of the most consequential votes in the modern history of the Supreme Court in the just-concluded term—and, with it, reinforced his reputation as a politically astute, deceptively bland, lifelong conservative determined to roll back civil rights, especially when it comes to minority voting rights.

Roberts may be the swing vote on the Court, but his “swing-ability” is very constricted. 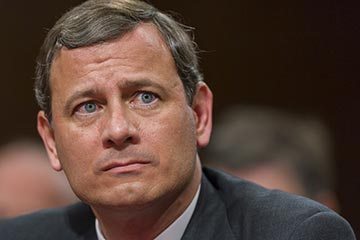 There had been a whisper of hope that Roberts—now the conservative closest to the liberal minority in the Court’s 5-4 ideological split—would, in the interest of protecting the Court’s thread-bare reputation as a non-partisan body, vote with the liberals to ban extreme gerrymandering based on political affiliations. That didn’t happen.

Roberts not only voted with the conservative block, he wrote the opinion in the two cases—Rucho v. Common Cause, out of North Carolina, and Lamone v. Benisek, out of Maryland—saying the Court has no role in preventing states from drawing voting districts in ways that favor one political party over the other, no matter how obviously unfair a balance is created.

“The fact that such gerrymandering is ‘incompatible with democratic principles’ does not mean that the solution lies with the federal judiciary,” Roberts wrote. Essentially, he said, extreme gerrymandering is a problem, but not one the Court can or should try to solve.

The decision allows states to draw voting districts without fear of the Supreme Court stepping in and ruling the districts are too heavily weighted toward one party or the other. Both parties use the practice but, in the last decade, Republicans have become masters of the art. In North Carolina—where the population is almost evenly split between the parties—Republicans predominate in 10 of the state’s 13 congressional districts. 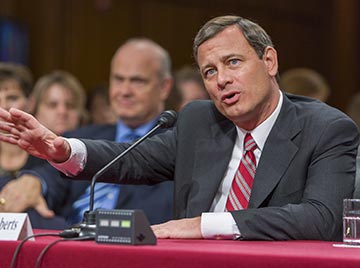 John G. Roberts, testifying at his Senate confirmation hearing in 2005. He became Chief Justice of the Supreme Court after the death of William Rehnquist.

Roberts’ vote on partisan gerrymandering illustrates a larger picture of the Chief Justice, according to a new biography by CNN correspondent Joan Biskupic, who has covered the Supreme Court for 25 years. Above all, she writes, Roberts is deeply conservative. His career, stretching back to his days in the Reagan Administration’s Justice department, has been an on-going effort to roll back civil rights.

“In The Chief, Joan Biskupic … makes painfully clear that the defining feature of Roberts’s legal career has been his relentless efforts to roll back any measures to combat racial inequality and to make life more difficult for minorities,“  writes Stephanie Mencimer, in a book review for Washington Monthly.

Roberts voted with the Court’s conservative block on three of the most divisive cases of the past decade:

The Shelby decision was a culmination of Roberts’ efforts in the Reagan Administration. to limit the Voting Rights Act and to lift mandatory desegregation orders for public schools. Since his appointment as Chief Justice in 2005, he’s voted against limiting the death penalty for mentally disabled defendants, as well as legalizing gay marriage.

Roberts has only voted with the liberal majority in five cases (as of the summer of 2018) in which his has been the swing vote, according to FiveThirtyEight. Four of them were inconsequential. The fifth was his vote to uphold the Affordable Care Act (Obamacare).

The ACA vote is often attributed to Roberts’ embrace of the “useful fiction” that the Supreme Court is strictly non-partisan. When President Trump suggested recently that “an Obama judge” made a political decision, the Chief Justice struck back swiftly: “We do not have Obama judges or Trump judges, Bush judges or Clinton judges.”

Roberts’ rare alliances with the Court’s liberal justices are just “small blessings,” according to slate.com.

“When Roberts casts a ‘liberal’ vote, it’s cramped and qualified … When he casts a conservative vote, meanwhile, it’s often sweeping and momentous, overturning decades of progressive precedent. … He feeds liberals a few crumbs, then breaks their hearts. “