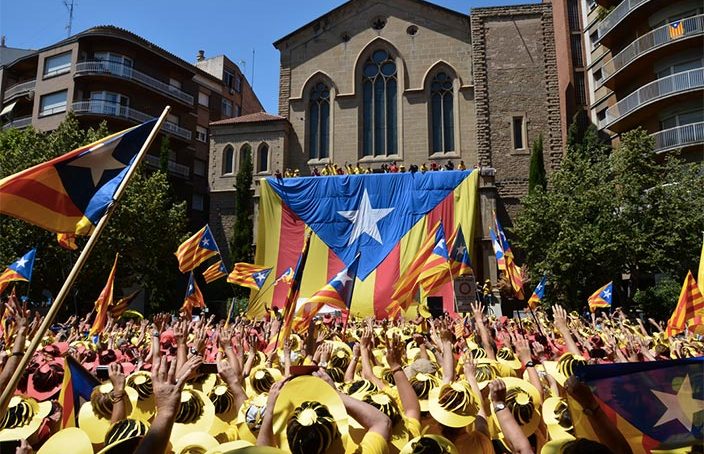 The Catalan independence referendum, declared illegal by both the Spanish central government and constitutional court, has some Catalan leaders drawing comparisons between Spanish authorities and the governments of China, North Korea, and Turkey. 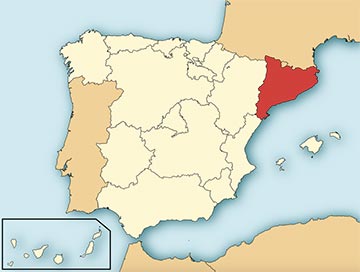 Autonomous region of Catalonia highlighted in red on map of Spain.

UN human rights experts too have expressed concern over Free Speech violations during the referendum.

Thousands of police officers were deployed to the region to physically prevent the vote from happening in public polling stations, and to seize all materials related to the historic occasion. Federal authorities also took control of Catalonia’s regional finances.

In the digital realm a ban was enforced on websites with the expressed intent of promoting and facilitating the referendum. Social media also came under attack when Tweets by regional president Carles Puigdemont were removed after a court ordered the information to be taken off the internet. 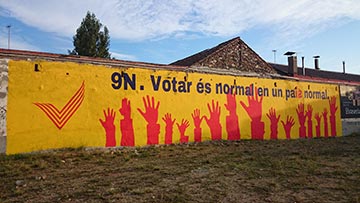 Catalan billboard reads,“Voting is normal in a normal country.”

“No Western democracy does that,” said a spokesman for the Catalan National Assembly. “What they’re doing by blocking domain name servers is doing what Turkey does and what China does and what North Korea does… the Internet is the kingdom of freedom.”

President Puigdemont himself has accused Spanish authorities of dragging Spain back to the Franco era.

So far, 14 Catalan government officials have been arrested and nearly 10 million ballot papers had been destroyed.

Still, Puigdemont has announced that within 48 hours after the vote, Catalonia will declare its independence from Spain.