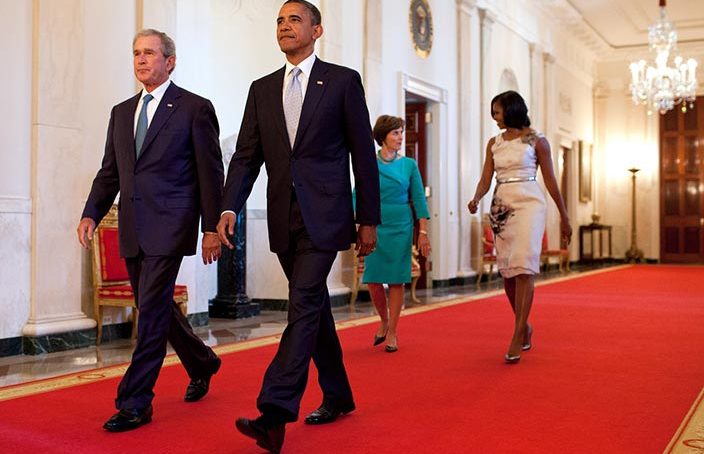 America’s two most recent predecessor Presidents, George W. Bush and Barack Obama, emerged from relative seclusion last week to give their take on the state of the Union, and all its current rifts. 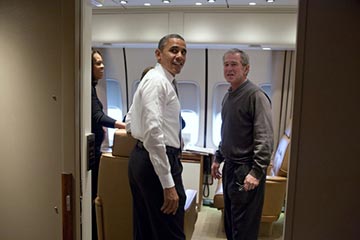 Bush and Obama Echo Concerns for America’s Future, and a Return to Peaceful Dialogue

In separate appearances, both acknowledged America is deeply divided along racial, ethnic, religious, political, and economic lines that should have been laid to rest long ago in the nation’s history.

“The great democracies face new and serious threats, yet seem to be losing confidence in their own calling and competence,” George W. Bush said at a New York forum sponsored by the George W. Bush Institute. “Bigotry seems emboldened. Argument turns too easily into animosity.”

His reformative agenda was threefold. First, that America must subvert attempts by the Russian government to assault American divisions and hijack the electoral process.  Second, Americans must accept the transformations brought about by globalization just as they accepted the agricultural and industrial revolutions. Third, Americans must come to the realization that American citizenship means embracing civic responsibility, Freedom of Speech, and human dignity, rather than a specific race, language, political or economic affiliation. He called on American institutions across government, education, and the private sector to lead by example through peaceful dialogue.

Obama’s comments seemed to echo those of his predecessor’s.

“Our politics seems so divided, so angry, so nasty,” he announced at a rally for Virginia Democratic gubernatorial candidate Ralph Northam.  “We live in a time when all sorts of forces conspire to turn good people off from politics. The way we get our news, the way money floods into our campaigns, the way gerrymandering forces candidates to cater to extremes. All of these things conspire so that politics doesn’t reflect our values.”

His resolutions, too, appeared to echo those made by Bush, ending his speech with a call to action indicative of America’s importance not only for and by itself, but also looking outward upon the rest of the world.

“The world counts on America having its act together,” he said. “The world is looking to us as an example. The world asks what our values and ideals are and are we living up to our creed.”

Both predecessors seem to agree that America in its current state is not living up to its creed, although it could through a return to traditional American ideals built on Freedom of Speech, and peaceful dialogue.