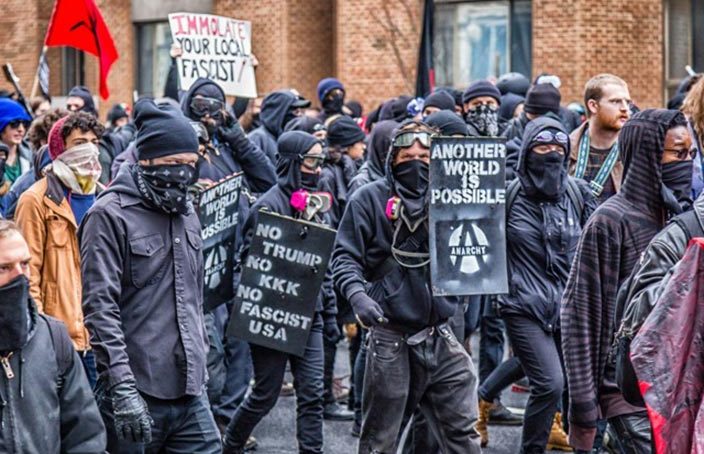 The antifa logo is an international symbol, though the accompanying text varies depending on the country in which it’s found.

Conservative group Patriot Prayer, a right-wing, anti-government group with a self-proclaimed mission statement to preserve Freedom of Speech, has been known to schedule protests in predominantly left-leaning areas. Their scheduled march in downtown Portland was moved to Vancouver, Washington at the last minute amidst concerns of a counter-protest.

It was a valid move, as those who opted to stay in Portland were met at the city’s waterfront park by hundreds of antifa protestors dressed in black and carrying signs that read “fight the right,” among other phrases.

Antifa is a militant political movement of anti-fascists, most of whom identify as far left or radically left.  The group rejects the notion of non-violent protest, and uses violent means to fight far-right groups, while at times also exhibiting anti-government and anti-capitalist ideals.

The United States arm of the organization traces its origins to the late 1980s, when people who identified with the punk and skinhead scene began to channel the scene’s angst into the political arena.