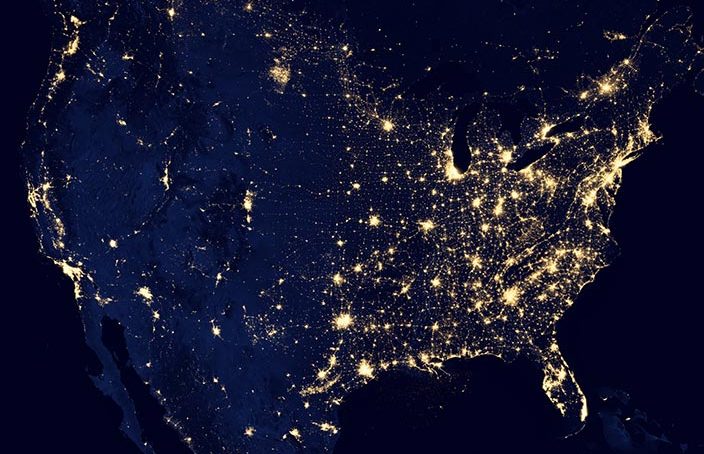 The following is based on a conversation between American INSIGHT and Karen Curry, American INSIGHT Board Member, via Skype video call on November 5th, 2017. With Mrs. Curry’s approval, her responses have been edited for length and clarity. 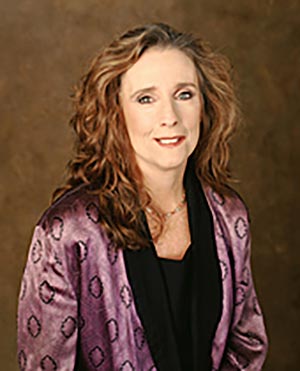 Karen Curry, American INSIGHT Board Member, has a resume that includes stints as bureau chief for NBC London and CNN New York, Communications Director of the ACLU, and Director of the Rudman Institute at Drexel University.

You’ve done more than most people will ever do in the fields of journalism and communications. Tell us how you got started.

I suppose I would start with my years at Fordham University, where I majored in Philosophy, but never really got beyond Greece. I would clarify that by saying I went to college in the ‘60s, and things like Philosophy were very appealing as majors. We were much less focused on careers than we are now.

But I also took a journalism course, and I think the journalism seed was planted then, although I’ve always thought of myself as more of an ‘accidental journalist.’

Of all the issues in that era, what most enticed you to stay informed?

I was in an apartment with a bunch of male friends watching the draft lottery. They would draw names on TV, and if your number was picked first, there was a very good chance you would be drafted. If your number was chosen late, there was a very small chance you would be drafted. And it was the strangest experience, because as one person’s number was picked very early, the person next to him had a number that was chosen very late. The boy with a small chance of being drafted couldn’t even celebrate, because the friend next to him was almost certainly getting drafted.

And of all the issues in that era, what was the watershed moment that set you on a path to cultivating Freedom of Speech?

As part of my journalism class I had to go cover an event, and so I covered George Wallace, then-Governor of Alabama and avid pro-segregationist, doing a rally at Madison Square Garden during his presidential bid in 1968. It was the most unbelievable experience of my life.

I don’t think I realized it then, but my watershed moment was watching this rally, and watching him spew things I vehemently disagreed with. But this was a country where you could say things that people will disagree with, and it was the first time I saw the concept of Free Speech in action. I hadn’t thought about that until just now, actually.

Also in the course of being a journalist you will interview people with whom you don’t agree, who are saying things you might find distasteful, and you as a journalist have to cover the story as you discover it.

After all your experiences working for NBC, CNN, and the ACLU, what does the concept of Free Speech mean to your personally?

When the Charlie Hebdo massacre happened, my daughter, my husband, who is a newspaper reporter, and I were having dinner, and there was a real divide between my husband and I, who were First Amendment purists, and my daughter, who was saying the fact that you can do something doesn’t mean you should do something. That if by doing something you are actually causing harm to people, then that kind of Free Speech is not worth protecting. It’s this exact debate within Freedom of Speech that’s so vexing, and I don’t know  where it’s headed.

Some people say regardless of what events occur, there’s no way you should trample of any kind of speech. Other people will say there should be a restriction when there’s ‘clear and present danger.’ But it’s the definition of what that situation is where people get tangled up.

But where do you stand, are you still a First Amendment purist? 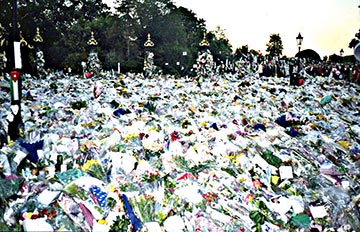 Karen Curry was the NBC London Bureau Chief during the death and public funeral of Princess Diana. She says the event, though depressing, brought people from all backgrounds together to engage in conversation.

John Kiriakou, the CIA whistleblower on torture, said he would prefer accepting the potential risk, not the execution, but the potential risk of a potential terrorist attack, rather than trample on Freedom of Speech. Do you agree with him?

I would say that in situations where there is no clear and present danger, there’s a slippery slope where national security excuses can be used to clamp down on Free Speech, and bits of information that should be known.

What is your take on Freedom of Speech in the United States, right now?

I think when you have the President of the United States railing about fake news, and implying that news organizations should be shut down, I think that should put you on guard. Not to say that every news organization is doing the best job they can, and there are mistakes in journalism because humans make mistakes. But if people think bad things won’t happen when you shut down speech you find offensive, then you’re putting yourself in a dangerous situation. 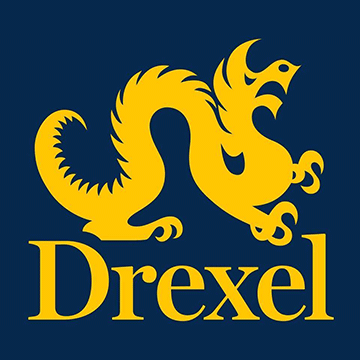 Karen Curry’s time as Director of the Rudman Institute at Drexel University gave her a first-hand look into Free Speech on college campuses.

You’ve spent plenty of time on university campuses. Do you feel that today’s college students understand the meaning of Free Speech?

There’s a lot of talk about ‘safe spaces’ and ‘trigger warnings’ nowadays. If the Internet was around when I was young, we might have abused it too. I don’t think the times have made people meaner. But I think the way you deal with speech that’s painful is by bringing it into the sunlight, and discussing it. So the question is really about how things should be discussed. But that’s a hard issue to legislate.

We’re supposedly more connected than humans ever have been, but we seem to be more disconnected than ever. What do you attribute that to?

When I worked on nightly news, it was a 22-minute evening news show that was a distillation of the day’s news. And it was a time when people watched things at the same time, so people were more or less seeing the same things. Of course it was filtered through someone’s vision, but everyone was getting the same news.

When the Internet came around, people were rejoicing that these “gatekeepers” would no longer filter their news. Now we can see everything, but we’re more tunneled than we ever were. The Internet had the potential to be a really wonderful, eye-opening and expansive thing, and I think for some people it is. But more often than not it’s been isolating.

I admit I’m very wary now, but I was very easily duped by Facebook stories that were closely aligned with my point of view. Then I clicked into them and found they were nonsense. So I think we’re not as sophisticated as we think we are.

On social media, people talk amongst themselves, and they subscribe to follow people who are like-minded. Broadening that out to the Internet, you search what you’re comfortable in knowing, and don’t search things you’re uncomfortable knowing.

A journalist’s responsibility is to bridge gaps in understanding. You’ve been around journalism a long time. How do you think we can bridge the gaps exacerbated by the Internet?

One of the things that was striking to me in London was that when Princess Diana died, there were people who came out to pay their respects, and you’d see upscale posh people, and some very poor people, talking to one another. They probably never talked to one another before that. But you could see them having a conversation with someone they’d never met, and it was an amazing way for them to broaden their horizons.

I think having conversations with actual humans beings is probably not such a bad thing to do. On Facebook. I have some friends who are diametrically opposed to me, and part of me thinks I can’t listen to them. But then I think I need to see and hear what people are thinking about. It’s human nature to go where you’re most comfortable. But when we live in our bubble, it makes it very difficult for us to deal with the world as it is.

What if Facebook took steps to show people the exact opposite of what they’re liking all the time?

If we determine that Facebook is more than just a vendor, then we would use the kind of criteria you’d use for a journalist, and they’d present to you a full spectrum of information.

I think they’re becoming more than just platforms. I think for journalists they’re an amazing tool to do reporting, because you can automatically reach millions of people. If you’re looking for eye-witnesses or information, you can follow people, verify the information they post, and then add it to your story.

Taking into consideration everything you’ve experienced in your career, what are your biggest hopes and biggest fears for the generation being born now in regards to the future of Freedom of Speech?

I think the concept of Freedom of Speech doesn’t seem to be a pressing issue for people. People think they have it, because they can put their opinions out in many different ways. But I think because of that, now a more robust conversation about Freedom of Speech needs to be had.

I mean I grew up during the Vietnam era when information was not coming out how it should’ve been. It’s similar to most of the younger generations now, and people born after 9/11.  The steps we’re taking in the name of national security are also taken to keep an eye on people, and an eye on speech, so I think the newer generations need to have a more robust discussion around Freedom of Speech, and they need to carry on this fight for themselves and for generations to come.

I hope we can energize the conversation about Freedom of Speech. Welcome discussion, and debate. Terrorist attacks have happened, and will happen. But we have to make sure we don’t run in one direction and take aggressive steps to curtail Freedom of Speech, just because we’re afraid.