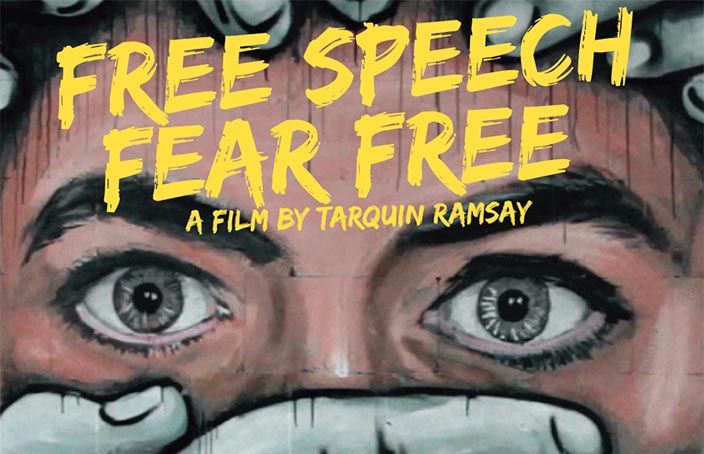 “Surveillance is a form of control. It’s a power tool, a form of intimidation. They want you to know they’re following you.” 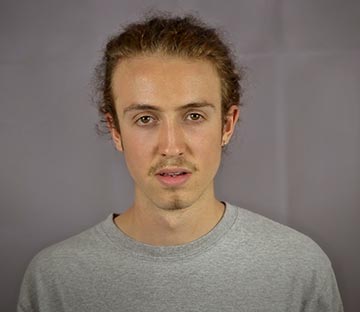 And Tarquin Ramsay knew they were following him. ‘They’ in this case defined as American security agents; the reason, because Ramsay was meeting with high profile figures like John Kiriakou, Julian Assange, and Jacob Applebaum during his filming of Free Speech, Free Fear, American INSIGHT’s 2017 Free Speech Award winner.

In one such instance, Ramsay’s interview was stalked by a conspicuously unmarked gray van. In another, Ramsay returned to his Washington DC hotel room to find hard drives stolen, his laptop locked due to repeated incorrect passwords, and his television volume on full blast. Then there was the time Ramsay was followed from the Berlin, Germany metropolis all the way to his birthplace in rural England by a man sporting no luggage whatsoever.

“No one leaves notes saying ‘Agent 9 was here.’ But they do make it very obvious. You can’t let the paranoia get to your head, or they win.“

Tarquin Ramsay’s film Free Speech, Free Fear is a coming-of-age, documentary style film that explores what Free Speech means in the 21st century, and what modern society would be like without it. Built on interviews with world-renowned whisteblowers, hackers, journalists, and Free Speech progressives, the story is a journey to the core of Free Speech, and the post-9/11 security measures that have been undertaken to curtail it.

But the film is also a journey through the mind of Ramsay, an inquisitive teenager who keeps the story moving by taking what he’s learned in one conversation, and using that newfound understanding to craft a new question, which leads to a new conversation with a new participant. 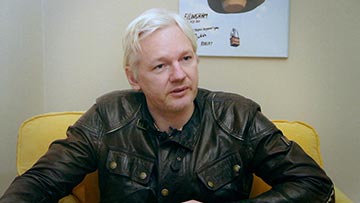 Ramsay says his conversation with Assange compelled him to explore the meaning of Free Speech even further.

Ramsay says Free Speech, Free Fear was conceived over a beer with his father while on holiday in Sri Lanka when Tarquin was just 15-years-old. What began as a dare to make a 10-minute YouTube clip defining Free Speech quickly transitioned into a full-length film when Ramsay landed an interview with Julian Assange, and realized he had bitten off more than he could chew.

“Free Speech is a big topic to tackle at that age. I was naïve, and in many ways I still am naïve. But it’s important to keep naïve when you’re questioning people.”

He says of his meeting with Assange, “Had we not conducted that interview, we would not have understood the importance of Free Speech in every society. [Assange] set the precedent on how we need to fight for our ability to communicate, and how this is under threat like never before.” 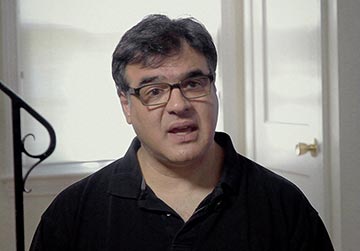 After successive conversations with John Kiriakou, John Applebaum, the Belarus Free Theatre, Jude Law, and others on topics including global security, encryption, data mining, social media, digital advertising, whistleblowing, and surveillance, the film concludes with a curious statement made by a young girl whose mother has spent her entire life fighting back against attacks on Free Speech.

Her speech contains the underlying theme of the film, which is also encompassed by all the interviewees, and Tarquin himself.

“Freedom of Speech comprises the foundation upon which society is built,” he says. “Freedom of Speech is something that acts above the law, outside of the law, which even itself is formed through free communication. Without Free Speech, society as we know it cannot exist.”

How does a government find a balance between national security and Freedom of Speech?

“I don’t think there should be any balance at all. Yes, there are terrorist attacks taking place, but in America you’re 55 times more likely to have your sofa kill you than to die in a terrorist attack.”

In your film, John Kiriakou says regardless of whether terrorist attacks are successful in the future, he believes Osama bin Laden has been victorious in what he sought to accomplish. Do you agree with Kiriakou? 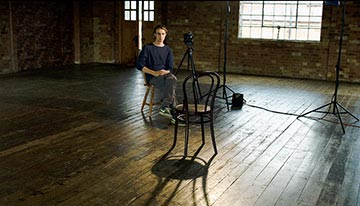 Free Speech, Free Fear was a journey that began when Ramsay was 15. Over 5 years later, he’s adamant there is yet more to learn.

“I look at it like this. The real question should be: would you rather accept the threat of a terrorist attack, not an actual terrorist attack, but the threat, or keep your ability to communicate freely? With every security law we impose, we are giving more voice to Osama bin Laden. We are allowing extremist groups to win.”

Do you think governments have their people’s best interests at heart when they impose security laws that infringe on Freedom of Speech?

“I do not think that for a second. We are watching so many people that even our intelligence services have publicly said we’re making it harder for ourselves to catch suspects. Now I’m all for surveillance, but what we need is more targeted surveillance.“

How does surveillance make someone act differently?

“People who are being watched, they engage in behavior that is much more compliant, submissive; they naturally do not say the thing they’d want to say.”

What did you learn from following the Belarus Free Theatre?

“If there’s one thing we can learn from the Belarus Free Theatre, it’s that when you compare our country to theirs, the majority of us take Freedom of Speech for granted. It’s only when you look at the authoritarian regimes of Russia, Saudi Arabia, Egypt, and Belarus, that you realize this parrot sitting on our shoulders, which we think we can rely on, is no longer there.”

Why did you make this film for your generation?

“There’s a whole generation of young people around the world who don’t remember 9/11. This whole generation has grown up living under these surveillance and security laws, and has just accepted it. They know no different, so they don’t question it. They have nothing to compare it to.”

What is Tarquin Ramsay’s definition of Free Speech?

“Free Speech is the ability to say whatever you want without the threat that a policeman will turn up at your door, but with the risk that you’re going to be criticized, and that someone’s going to disagree with you.”