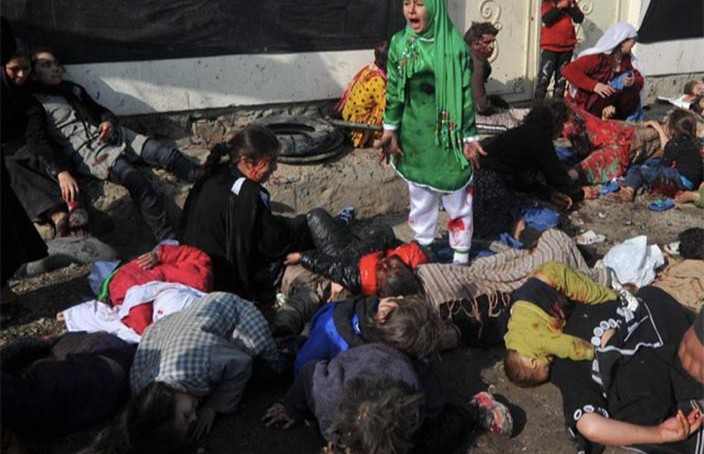 Massoud Hossaini circles the outskirts of a crowded Kabul square, black Canon camera in hand. He watches as metal whips strike bare flesh. His ears are filled with the sounds of men grunting, doing their best to maintain their masculinity despite being in excruciating pain. The concrete is red, stained by the blood of those who are taking part in the ceremony. 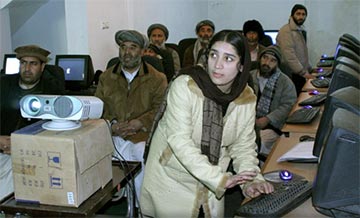 A female photojournalist displays her work to villagers.

It is the Day of Ashura, a day of remembrance that marks the martyrdom of Husayn ibn Ali, Shi’ite Islam’s third-ever Imam. Ashura is anything but a celebration. It’s a day of mourning, one in which Shi’ite Muslims are expected to undergo trauma by starvation and, some, by flogging.

Hossaini spots a young girl sporting a bright green abaya. She is one of hundreds of spectators who have arrived to watch the men of Kabul partake in the day’s grizzly event. Hossaini keeps his camera on her, intent on capturing the contrast between her luminous dress and the despondency of the ritual.

Suddenly, an earth-shattering explosion. The ground rumbles. Black smoke fills the air, and those in the square scramble in all directions. A suicide bomber has struck.

When the dust settles, the young girl is alive, surrounded by heaps of lifeless bodies, her bright green dress is now stained with the blood of others. She stands with mouth open, arms and hands stretched wide, traumatized by what has just occurred. Massoud Hossaini snaps a photo.

Freedom of the press in Afghanistan has come a long way since the American-led ousting of the Taliban. During the occupation an Afghan press was born, one of the most fiery the Middle East has ever known. Intent on moving their country forward, members of the press became the face of a new Afghanistan, one where freedom of speech and the rule of law reigned supreme.

The Afghan press grows by the day as new generations are drawn to the excitement and esteem granted to members of the press. Photojournalism in particular has become a well-respected profession, and with Massoud Hossaini’s Pulitzer Prize winning photo, Afghan photojournalists gained the attention of the world. 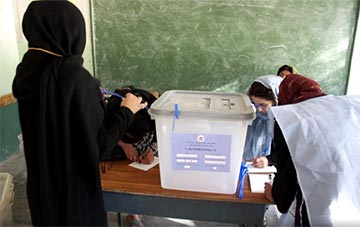 Afghanistan’s photojournalists have made it their duty to show the world a new, rebuilding Afghanistan. Their photographs tell the story of a country on the verge of revival, high on its newfound liberties. In spite of the country’s violent past, optimism abounds in Afghanistan. It’s an optimism that sees brighter days on the horizon for all the country’s people, young and old.

They are not just men who capture the new Afghanistan on camera but women as well. For the first time in the country’s history, Afghan women have taken control of their own story. One female photojournalist captures pictures of an Afghan woman in a kickboxing class while another teaches her daughter how to adjust the lens on her camera.

The possibilities for Afghanistan’s press are limitless. Having started from nothing, they stand to become the most important segment of their society.

However even as freedom of speech, freedom of the press, and freedom of expression take root, the situation remains dangerous. The government has promised to uphold the newfound liberties, but Taliban-affiliated groups lingering in the shadows continue to target journalists. In Afghanistan, this only adds to its glamor of being a member of the press.

Afghanistan’s photojournalists are a military all their own. Armed with their cameras, they illustrate for the world that their country is being reborn. They show that the Taliban’s legacy does not remain. In fact, it has been used as a launch pad for sending Afghanistan to heights that only a decade ago seemed impossible.