“Free Speech was not won by War” 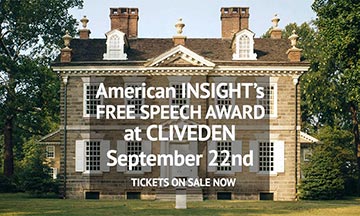 Join us September 22nd at Cliveden for the Free Speech Film Festival 2019 Free Speech Award Ceremony as we present this year’s award to Robert Greenwald of Brave New Films for his documentary Suppressed: The Fight to Vote. 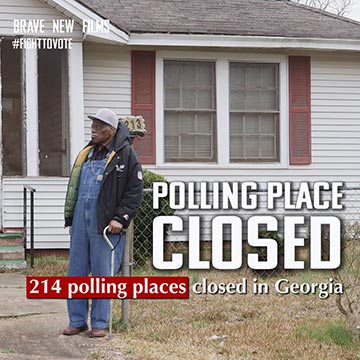 Suppressed: The Fight to Vote weaves together personal stories from voters across the state of Georgia to paint an undeniable picture of voter suppression in the 2018 midterm election. Stacey Abrams fought to become the first Black female governor in the U.S. while her opponent, Secretary of State Brian Kemp, was in charge of running the election. In a race that was ultimately decided by 54,723 votes, the film exposes that the basic constitutional right to vote continues to be under siege in America.

Greenwald will be interviewed on camera by American INSIGHT’s Board member Karen Curry, former NBC and CNN Bureau Chief.

Please add your voice to this critical conversation by joining our live audience, as we examine common voter suppression tactics that disproportionately affect communities of color.

Where is the Award Ceremony?